Trover Saves the Universe is a comedy action/adventure game by Justin Roiland and Squanch Games. You play as you, a nameless Chairopian, as you partner up with the reluctant Trover to save your two dogs, which are being used by the evil Glorkon to destroy the universe.

This is a fairly easy game, gameplay and trophy-wise. It's also incredibly filthy in a way that's generally fun but is sometimes annoying. You can censor the dialogue in the options menu if you want.

Since all of the DLC for the game was patched in for free, this Roadmap is written to cover both the base game and the DLC.

Step 1: Play through the campaign, while collecting all power babies

While it's not entirely necessary to get the collectibles on your first go (since there is level select), doing so will not only dramatically cut down on replaying levels, but will give you a huge leg up during the final boss fight as the collectibles increase your health bar.

GLITCH NOTE: The collectible trophy, The Ultimate Happy Ending, has been reported to glitch if you don't collect all ten power babies the first time you're in the final level, Afterlife. Make sure you get all ten during your first playthrough of that stage!

If you keep an eye on the trophy list while playing, you can unlock almost every other trophy during your initial playthrough of the game, including one of the DLC trophies. You may very well unlock some of them without even trying. I do recommend also working towards Worst Guest Ever during this playthrough, but keep in mind that you'll still have to replay two stages for that trophy, so you won't earn it during this step.

And if you got all collectibles:

From the title screen, you can access the level select, from which you can re-enter stages to attempt whatever trophies you missed. Note that while your health bar will be at whatever level it was when you ended the game (and will still extend if you missed any collectibles during Step 1), you will only have whatever upgrades you would normally have at that point in the game. See each trophy for more information.

Jesus, Are You Still Listening To This?

You Almost Solved It! Keep Going!

It's A Video Game, Kill Something!

No Winners In This Game!

Really? This Game's Not That Good

BBALL IN THE BBALL HOLE

You Actually Did It?!

You Didn't Have To Do That

The Jopo DLC only has one trophy, and to unlock it, you need to defeat the game's final boss as Jopo. On the main menu, turn Jopo mode on, then select the final boss fight and defeat the boss.

From the main menu, select Important Cosmic Jobs to enter this new DLC stage. There is no combat; it's a short series of fetch quests with some puzzle solving and a few power babies to collect. )
Approximate amount of time to platinum: ~ 15 minutes
Minimum number of playthroughs: 6
Do trophies stack?: Yes 3 regions EU/NA and AS
Missable trophies: None if you follow the guide
Glitched trophies: None
Cheats: None

TROPHY #1 In the Miso Soup

2) I unquestioningly accept everything.
2) Refuse
2) I won’t change my mind.
TROPHY #3 Sherbet Nightmare

1) What on earth are you talking about?
1) Agree to Licia’s demands
1) I’m very sure
TROPHY #4 Natto

2) Give her a cup of instant pudding

2) I unquestioningly accept everything
2) Refuse
1) All right, I’ll let you stay here
1) I’m very sure
1) Bake her something

2) Make pancakes with Licia at home

2) Scold Licia for drawing attention to you
1) Get Licia to move
1) Oh, absolutely

1) What on earth are you talking about?
1) Agree to Licia’s demands
2) And there are no two ways about it
2) Give her a cup of instant pudding
1) Eat the pudding
2) Let’s be responsible and do our homework
2) Ask mom to help Licia her homework
1) Console her
1) Make her lunch

2) Make pancakes with Licia at home
1) It’s Dad for being so soft
1) Help dad make the porridge
1) Thank Licia for supporting you
2) Let her stay like that
2) I’d like to think I’m more mature than that ...

1) What on earth are you talking about?
1) Agree to Licia’s demands
2) And there are no two ways about it
1) Bake her something
1) Whatever. Let’s go to the festival
1) Shaved ice might be nice
TROPHY #25 Shaved ice

2) Make pancakes with Licia at home
1) It’s Dad for being so soft
2) Go and see Licia
1) Thank Licia for supporting you
2) Let her stay like that
2) I’d like to think I’m more mature than that ...
1) Tell Licia you love her
2) Order the hamburger steak This game is an overhead 2D Dungeon Crawler that has 15 levels. The levels randomly generate but you can hit the options button to see the map (it even shows what you have seen)

Basically to get the platinum you need to Clear Tier 1, Tier 2, Tier 3. You should get the rest of the trophies along the way, but if you do not, check the trophy descriptions.

There are two forms of currency in the game, D-Points and Gold. D-Points are what you need to unlock better characters, items and weapons. Gold is your currency while you go through the Dungeon. Gold is used to update your stats, and you can update them each floor you advance. Use all the gold you can because when you leave the dungeon your stats reset and you have 0 gold.

You have 5 minutes to clear each level that is not a boss fight, if you do not finish in time, a phantom comes to attack you. If it touches you, you will instantly die so finish the level as fast as you can.

There is a learning curve to this game, so if you die in the beginning a few times its okay. You start off with the Knight, but as you play through the game you can unlock more characters with D-Points. The only way you keep your D-Points is by either completing all 15 levels or escaping with a Magic Rope

* - The Item shop does not unlock until you die or complete the game, so if you die early its okay.
* - The Item Shop sells Magic Ropes (escape dungeon instantly), Potions ( fully heal health) and Silver Keys ( unlock prisoners)
* - You can dodge with

, you won't use it much but when you do its important especially for boss fights
* - If you feel like you will die, with no potions, use a magic rope to escape and save your D-Points.
* - If you plan on finishing a playthrough, buy at least 3 silver keys so you can unlock each prisoner
* - You start off with 10 Magic Ropes, that should be enough for

* - On the levels I noted have floor traps, pay attention to the floors. They are easy to miss when you go fast and will destroy your life pretty quickly.
* - Try to carry 3 potions with you at all times
* - Try to unlock all the big chests you see on a level, they drop runes which increase your stats in that run
* - You start off as the Knight, but try to unlock the Archer when you can, I found him amazing for Tier 1
* - Once you beat Tier 1, you unlock Valkyrie, use her for Tier 2 ( she can heal with her ability)
* - Once you beat Tier 2, you unlock Warrior, its your choice what you think is better. Warrior is brute strength and Valkyrie is a healer

The Stats you should try and max out to level 10 are HP and Power. These are very important especially if you have Potions. Depending on your character, you might want to drop a few points in Attack Distance if you feel you need it ( Valkyrie and Warrior don't need this)

Once you max the two above stats, I would focus on whatever you can do for Defense

Speed - If you feel your character is too slow, you can drop a few points. If you follow the guide with Warrior, Valkyrie and Archer, speed should not be an issue

Speed Stamina - I ignored this, i found this was not necessary

Improve Combo - So this is interesting early on. This helps you build more D-Points which helps unlock items. When you get half way through the game , you should have all the points you need making this useless Use third option on title screen and set to screen below.

After Configuration is set . Start game with top option and press right on the D-Pad to skip.
There is 3 stops with choices, select top choice each time.

When you reach the ending credits these can be skipped.
Right after that skip more few seconds for last trophy and 100% game Telling Lies is an investigative thriller FMV game revolving around a cache of secretly recorded video conversations, about the intimate and intense lives of 4 people linked by a shocking incident. The whole game /gameplay sits you in front of a laptop while you view this footage and uncover the truth.

Trophy wise everything is very easy and quick. There are 7 easy miscellaneous trophies that you can grab at any time, there is ONE very easy but missable trophy at the 3am cutscene, simply press search when the cat walks over the keyboard, and for the other 99% of the game you will simply be typing out the list of 84 key words and briefly clicking view on all of the 169 videos for the 'full upload' trophy (this part will take about 20 mins).

See the written trophy guide below for more details on all trophies. 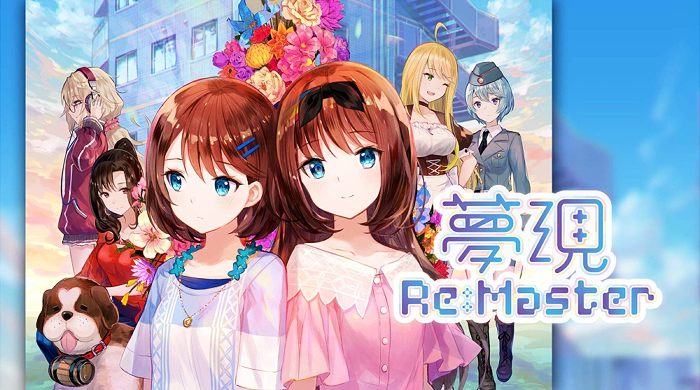 Down the Rabbit Hole Trophy Guide Down the Rabbit Hole is a retelling of the Alice in Wonderland story in VR. A man is telling a bedtime story to his daughter/grand daughter and you play out the story as it's being told. It's a diorama style adventure game so it shouldn't be too bad for anyone that get motion sickness. There are some simple puzzles throughout but mostly just enjoy the story.

Nothing is missable and the collectibles can be cleaned up at any time. The game warns you about the end and asks if you want to explore more before proceeding. Just play and enjoy the game while keeping an eye out for the invitations. Once you get to the end you can go back for anything you missed.

Special thanks to DIM10 for helping me find some invitation locations and my wife and little sef for helping test the guide and get screenshots. The Curious Tale of Stolen Pets is an adorable kids game. Your grandpa is narrating different events you and your sister went through as children. Each event is presented as a themed world with puzzles to solve and a bunch of missing pets to find.

Play through each world and find all the pets as you go. You don't have to but they aren't very difficult to find and you are going to need to find them all at some point anyway. I would grab any coins you see but not worry about them too much as you can easily go back post game and collect any you missed. Most of the miscellaneous side tasks you will probably end up doing without even realizing they are trophies and all can be done post game as well. Just relax and enjoy this low stress game and clean up any missing trophies after.