Main menu is in English 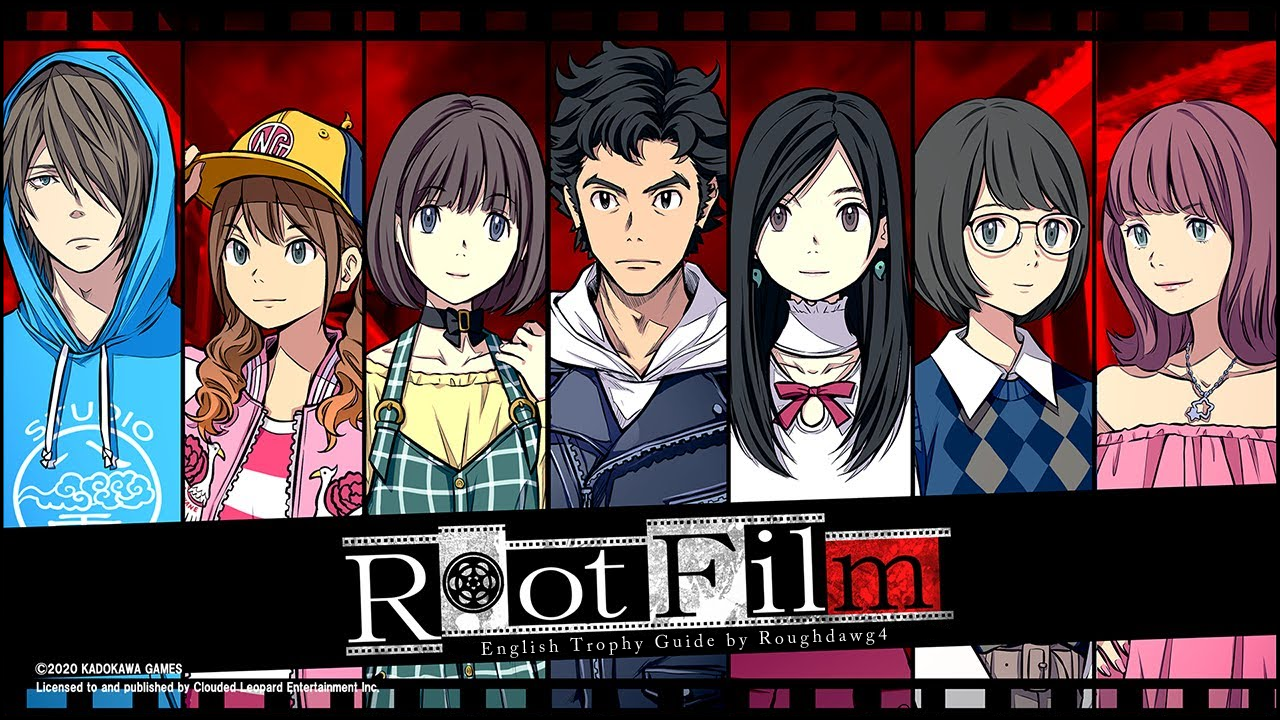 Turn both speed settings to Fast
Skip mode lock ON Welcome to the one of the fastest platinums ever. Set the options like the image below, choose start and then simply press R1 and watch the trophies take longer to pop then the game actually lasts! 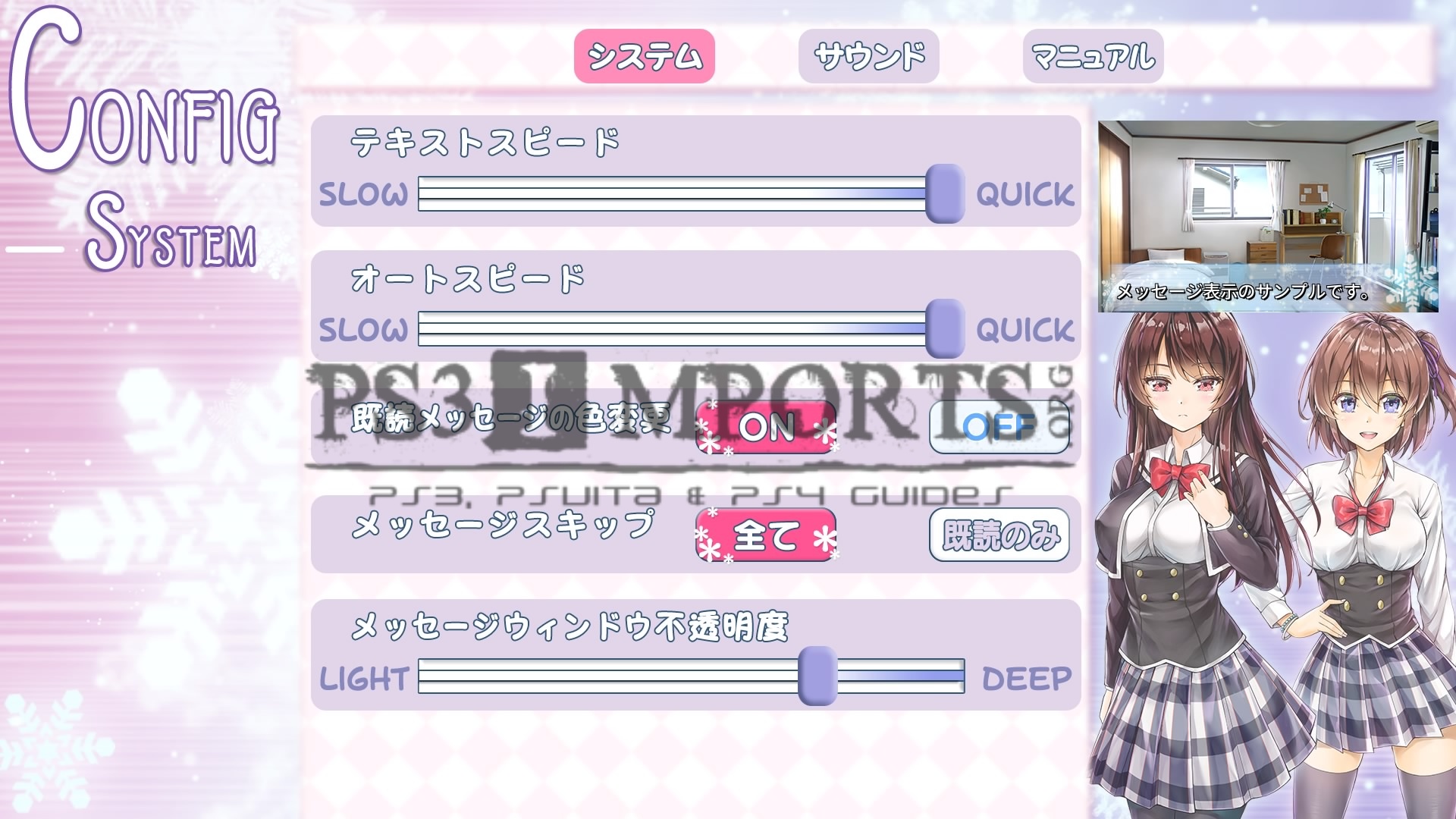 Welcome to Sniper, the newest game to challenge Sniper Elite for the top spot in it's genre

In all seriousness, this is as basic and simple as gameplay can get for this kind of game. The controls are clunky and the graphics are blocky. Enemies don't even pay attention to dead bodies laying around. You can snipe an enemy next to another one and he won't even react. There is no in game menu so if you want to restart like I had to do when suddenly my character was stuck in a corner and wouldn't move, you'll have to hold the PS button and quit out that way.

The entire game takes place in a very small, town like area and is played by rounds, where each round you have a certain amount of time and certain number of enemies you need to locate and snipe. Each round the number of enemies increase. You also have a pistol on you but I've found no reason for it. Although I did notice that the pistol will shoot enemies from just as far a distance then the rifle does. Even more strange is when you get the slow motion kill cam, you will notice that your pistol is shooting rifle ammo

. Your two ways of failing is either running out of time or being spotted.

From what should be expected from a tiny little game like this, I found it to actually be kind of fun. The slow motion kill cam is pretty cool. The price of $9.99 is a little high for only six trophies and no platinum though. Although it can be pretty difficult sometimes to find the last couple enemies in each round before the timer runs out, it's still very doable. I think it just comes down to how lucky you get with the game either deciding to put the enemies in the open area or in and around the the taller buildings.

* There is a red arrow on the top of your screen that points you in the general direction of all the enemies. Although be careful about relying on this because sometimes there can be enemies a lot closer and off to the side of where the arrow is pointing. For the most part though, they will be bunched up in a single area but sometimes there's some drifters.

* There are mountains on most edges of the map. You can climb up on these and have a huge view advantage to spot the enemies. Most of the time, it's almost impossible to find them when your on ground level with them. You can also use houses in the area to climb to a second or third floor but I found my field of vision to be obstructed most of the time.

* Always reload your rifle when you have the chance. Too many times I would finally spot an enemy and try to take a shot and instead have to reload.

* When trying to locate where the enemies are, I found the best strategy is to look in the general direction, not in scope mode, very close to my tv. Since nothing in the game moves at all except the enemies, if you concentrate closely to your screen, a lot of times you can make out there movement.

Comrade, your mission is top secret, your presence is top secret, your destination Yupitergrad.
Swing ,swim and fly avoiding many, many traps. To find out what happened on this planet.
There is nothing that can be missed and you can replay any section after completing the story.
Press

in game, then choose chapter select.

Kill It With Fire Trophy Guide Many people absolutely hate spiders and now there's a game where you can murder them with reckless abandon. Each level is a location around town and there are spiders hiding everywhere. Use their chittering noises or your trusty tracker to locate them. Once scared to the open you can use one of many different weapons to smash, shoot, burn or explode them into oblivion.

Kill it with Fire is a first person spider murdering game. None of the trophies are missable and there's chapter select to go back and find anything missed. Just play through each level and try to complete all objectives. Also make sure to look everywhere and find everything you can before exiting. In the post game you can get an upgrade that lets you see when a collectible is nearby making cleanup even easier. Don't worry about the Arachno-Gauntlets until after you get a few more weapons, especially the energy drink. See the Collectibles and Level Guide section for more detailed locations and tips for completing objectives and Arachno-Gauntlets. 1)
Approximate amount of time to Completion: 30-60 Minutes
Number of missable trophies: None
Glitched trophies: None
Does difficulty affect trophies?: No. All trophies can be obtained on Easy
Do trophies stack?: Yes - EU/NA
Extra Peripherals: Not necessary

Welcome to the Blastful Trophy Guide!. Blastful has been brought to the PSN by Indie Developers Playstige Interactive and is a twin stick space shooter.

Playstige Interactive has previously brought us Trophy Hunting gems like Dreaming Canvas & the Jigsaw Abundance/Zen series. Described as a "fast-paced arcade shoot-em-up" in the PSN Store, you cannot go wrong spending £3.29/$3.99 on a lovely Indie Game that will take you less than an hour to grab that

Step 1: Play the 20 Twenty Levels
This is the only step required for the Platinum Trophy, as all trophies are obtained via level progression. Each of the 20 Levels has a trophy within that is obtained just before reaching the Master Ship at the end of it.
You can only progress onto the next level by defeating the Master Ship on the previous.

During this one & Only step you will obtain all trophies:-
Novice Pathfinder