18 replies to this topic

How to play
In the game you do not have to pay much attention. The only problem is the quiz, which you have to play per run 2x. In the first run, the questions and answers are given in the spoiler. In the following runs you have to use the spoilers from the first run. Unfortunately the answers are inserted in the jpeg format, because I have found no other solution. If this is too complex, the original link to the quiz is included in the credits.

1) よろしくお願いします
Mini Game: Rhythm lesson Rang S
A typical rythm is played here. In the upper line, the sound sequence is displayed, which must be played back in the lower line. In the Minigame, a rank S must be reached. If you have not reached a S rank, select the upper option to repeat the game.

Press Select on the Minigamescreen . The minigames ends and you can
QUICKLOAD
1) ビックリハウスにも選択し
Mini Game: performance test  Rang S

From the startmenu choose CHAPTER SELECT→9SEP


From the startmenu choose CHAPTER SELECT→9SEP

From the startmenu choose CHAPTER SELECT→9SEP


From the startmenu choose CHAPTER SELECT→9SEP

From the startmenu go into EXTRA and choose PROFILE, MUSIC, MEMORIAL

Now go into DICTIONARY and read each book entry. You can switch between the sides with L and R. On every side press D-Pad down to read the entries.

Now go into PRACTICE and play Mini Game: Academic ability test 1 (学力テスト) on Hard difficulty. For the trophy you have to finish the game with Rang S.  The answers for the test are given below in the spoiler.

Back in EXTRA go into EPISODE. Play every possible short story. Each character has 12 stories. To skipping press square und press on D-pad down.

Back in EXTRA go into GRAPHIC.

Open here the special cg´ s which are marked by a star. Find every possible voice in the pictures. This is the most difficult trophy in the whole game. Some voices appear randomly. 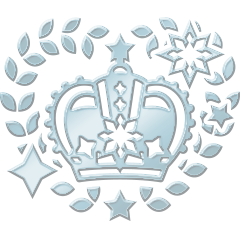 tenshi for the header.

In the guide where it says you need 80000 points for the final performance test for the true end.  I actually got the true end with less than that as long as I got an A on the test.

Other than that...I see nothing wrong here other than the achievement test one is going to be HELL!

first of all: thanks for the guide, i just started the game. and like you said:

The only problem is the quiz, which you have to play per run 2x. In the first run, the questions and answers are given in the spoiler. In the following runs you have to use the spoilers from the first run. Unfortunately the answers are inserted in the jpeg format, because I have found no other solution. If this is too complex, the original link to the quiz is included in the credits.

i only did the quiz two times so far and had massive problems finding the correct question/answers in the picture you provided. it just took too long since i'm not really good in "reading" Japanese (or rather memorizing those symbols).

even with pausing the game the time ran out on me twice since i had to re-check too often.

don't know if this is only a problem i'm having, but in case someone else isn't really good at it i made a text-version of the two quizzes in some kind of miniguide: http://ps3imports.or...ide-supplement/

i grouped the question/answers by easily distinguishable (for non-japanese people) things like english words or numbers in the question or answer and then sorted it by length of the question so you can better pinpoint the location.

at least i can "work" way better with that list plus you could search in that.... hope this helps someone else, too.

oh and btw: failing the quiz for D rank is harder than i initially thought since it's a 50:50 chance and letting the timer run out simply selects the currently selected answer.

just some hints: you can use the scene skip feature (square for submenu and then triangle) to directly jump to the next choice. i was feeling bold and tried it, had no problems with any trophies, so everything unlocks normally.

indeed you don't have to S-rank or even D-rank everything, as long as the overall result is S,A etc for the endings. in fact i simply "gave" up on some of those late rhythm-games and only got A or even B on the S-rank route and it still was S-rank overall.

quiz: i personally found it way easier with the text-list i provided, but i guess some people may have a different opinion, so just try it out and see what works for you.

plus it seems that you get an S-rank on the quiz with 8/10, so you can make two mistakes.

I simply chose random answers once i got 8/10 right... since it's 50:50 anyways theres a good chance you even still end up with 10/10, but it's not necessary and shaves off a little bit more time (you basically just have to look up 8 questions instead of 10).

and i didn't seem to have much problems with the "hidden voices" thing. only cycled through all pictures twice until i got it.

just make sure to click on the upper right Heart (it even says "touch") whenever there is one. at first i thought it's basically just telling you what to do, but you literally are supposed to touch the heart there. this seems to be a special voice all the time!

the others are random, i just clicked everywhere until i heard at least three or four different voices and moved on.

the last picture seems static, btw. this widescreen one with all the guys. simply click on each guy once.

this game took forever to finish like 30h lol

Broken images have been corrected and watermarked, thank you Tenshi

Thank you very much for this guide Ape-Exodus

dernop, your additions have helped me out big time!

Thanks for the guide!

some corrections for the guide:

Some tips for this game:

02.) No need to score every minigame with S. Only weekly and total summary after the minigames have to be scored with S.

03.) After the minigmae use bottom option to play on and top option to replay for better result.

04.) Episode play = not ALL of the guys have 12 episodes. The last one (green guy) only have 2 present episodes. Don`t wonder about it.

05.) Voices are easy = open pics with stars and tap on the touchscreen to find the voices.

I hope this will be a little help for you.

You have to press square and then down to skip

Back to Uta no * Prince-Sama: Repeat Love