Tonight will be the encore of the pilot episode of "Better Call Saul" with the premiere of Episode 2, too. However, if you never seen "Breaking Bad", you might want to start and finish that series before watching BCS. The pilot episode has an introduction of where Saul currently left off from after BB, which may or may not continue later on in the BCS series.

There is familiar faces from Breaking Bad. However, there is no Bryan Cranston "Walter White", but Aaron Paul "Jesse Pinkman" will be returning, and already a couple of unmentionable actors that were on the BCS pilot episode.

However, I am already digging this show, and hope it is better than Breaking Bad. Though, tbh my favorite character on Breaking Bad was Saul Goodman, so yeah.

I really liked the first episode - it still has a BB feel to it. And with the ep. 1 ending, I'm sure it'll get more crazy from now on. Can't wait for more.

Ending of the first episode was awesome. Can't wait to see Jimmy's connection with Tuco from Breaking Bad.

Really? I want to see it . Saul was just hilarious

Yes this show is absolutely amazing... I was always a huge fan of Breaking Bad and it will be nice to enjoy that BB feeling it has... I've also heard that Bryan Cranston is supposed to be making a cameo... but I will have to see that one for myself lol. So far tho the show is remarkable... Saul really knows how to dig himself some holes, and talk his way outta em just as fast as he got himself into em. GO SAUL... er hmm I mean JIMMY GO!

I wonder what Saul's new name is after moving to Omaha? Saul McGill? Jimmy Goodman? lol

I have a feeling that there will be more post Breaking Bad aftermath scenes from Omaha in the later part of the series.

Though, they have confirmed that RJ Mitte "Walter Jr." will be appearing, but I couldn't have sworn that Bryan Cranston will not be in the show... Then again, maybe they're saying he won't, but maybe they're trying to pull some wool over the fan's eyes. Bryan Cranston did show up for the series of premiere of BCS, so maybe it's possible? However, as known in BB, Walter White never met Saul until Badger got busted by the DEA, so it's kinda hard to say until there is more episodes aired.

Lastly, I have a feeling that we will see Gustavo Fring, Emilio, Krazy-8, & Hank again...

Hence why Mike is a parking attendant and not working at Los Pollos Hermanos.

And yeah, if Bryan Cranston is supposed to show up in the future, they'd definitely try to keep it quiet. That would be quite a surprise

Definitely one of my favorite quotes from last week's episode #4.

Show is getting better and better. Will get the blu-ray when this becomes available.

Yeah, it's amazing so far.

Also, I don't know why it took me so long to recognize him, but the guy playing Nacho also played Vaas in Far Cry 3. Good to know he's getting roles in other projects, great actor.

I'm sad there is only 2 more episodes left, but still loving this as much or more than Breaking Bad.

Can't wait for Mike to start cracking some skulls, and to leave the parking attendant job.

Yeah he just did a job for him so we must be at the start.  For a spinoff, this is an amazing series.  I am with Main Comp, I am enjoying it as much as Breaking Bad.

Yea this show is awesome... I love how the story is playing out... The way Jimmy's brother Charles is cooped up inside due to his disease is truly remarkable... I can't wait to see how things play out with the Nursing Home and their dickhead lawyers lol... Oh and expect a cameo or 2 from the infamous Walter White in Season 2... there have been talks about it

i knew this guy looked and sounded familiar

I noticed these 2 easter eggs before Talking Saul aired but wanted to share them.

There are many easter eggs in the first season of Better Call Saul that are visible or hidden.

1. Return of Ken, the douchebag broker, using his bluetooth device in the bank. 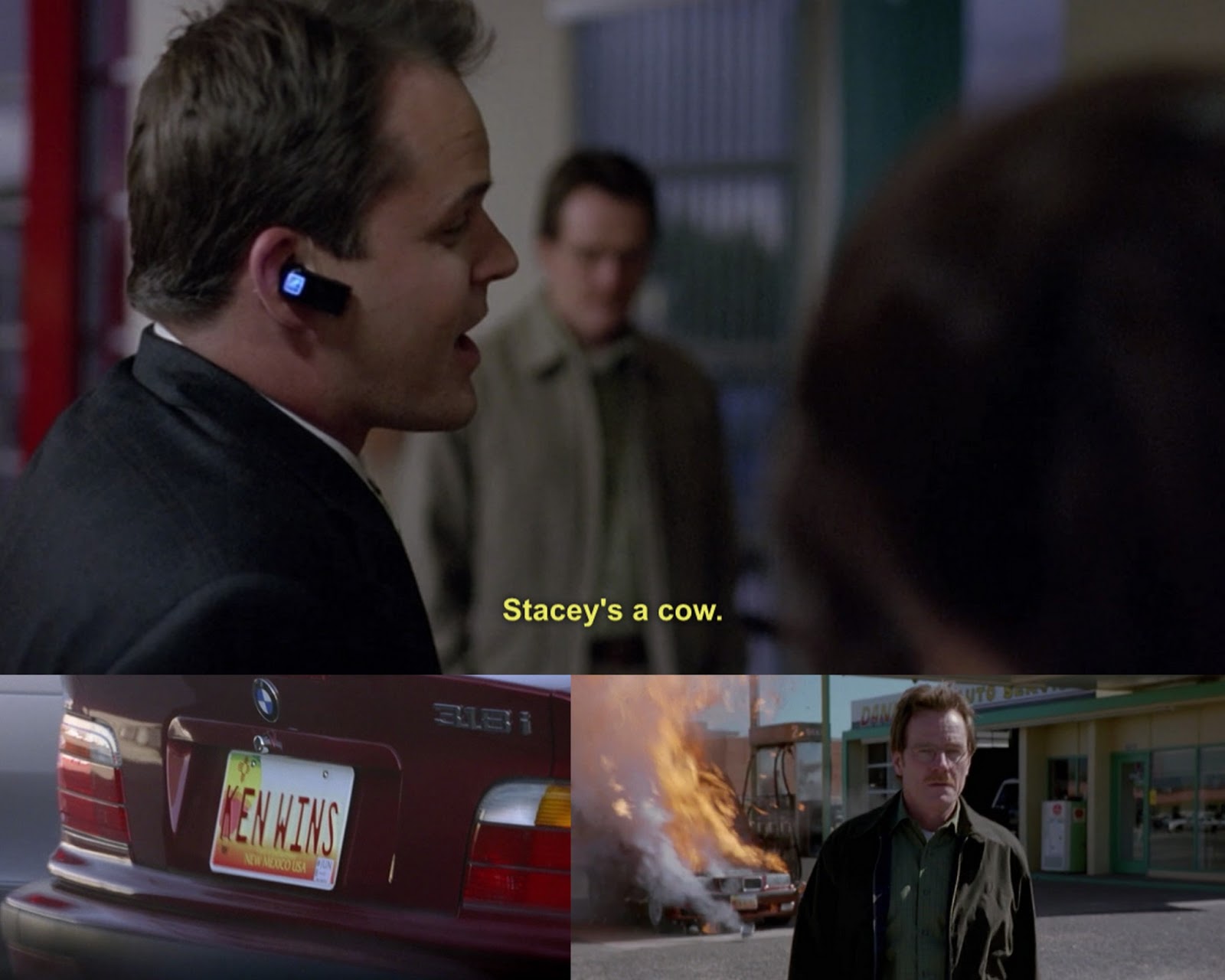 2. Zafiro Anejo Tequila bottle that was used to poison "Don Eladio" (Steven Bauer) and the Mexican cartel by Gus.

Me too. Better Call Saul is very good but it's a little slow for me. Plus there's no Walter White.

Yeah the show feels very slow, I am starting to lose interest in it

Back to Media Lounge