1 reply to this topic

The new batch of free PS+ games are about to drop.  Here’s my quick rundown of what they are, my thoughts about them and what the trophies are like.  Remember, even if you don’t have the system yet or are unsure about whether you’d like the game, always go to the PSN store online and “buy” all the free games every month.  They will get added to your account and you can download them anytime in the future as long as you have an active PS+ subscription. 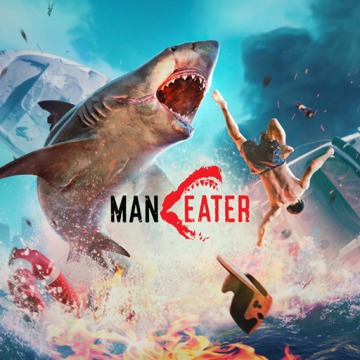 What is it - In Maneater you play as a baby shark seeking revenge on the shark hunter who killed your mother and has vowed to kill you and all your kind. Travel through the waters in and around Port Clovis while feeding and fighting against humans and other apex predators that live there. As you eat you grow bigger, stronger, and more capable of taking on more dangerous prey. Special powers and abilities can be earned through leveling and completing special missions to further enhance your skills. Chris Parnell lends his voice and comedic talents as the narrator to your journey to become the worlds most feared killing machine.

My thoughts - Maneater tries to put a new spin on the open world genre and succeeds about halfway. The shark premise is a lot of goofy fun but the staleness of the open world mechanics hold it back. Luckily the game is fun and never takes itself too seriously. The gameplay does start to get to repetitive but that happens near the end so it doesn't outlive its welcome. Maneater won't win any awards but it's just the right amount of shark nom nom-ing that all can enjoy.

Trophies - Open world games have open world trophy lists and Maneater sticks to that pattern. It has all the usual trophies for capturing territories, completing objectives, gathering collectibles and defeating enemies. There are also story trophies and ones for leveling and unlocking special abilities. That's it. It's a fairly standard "do everything" one. Some of the fights can be a little difficult but you can always level up and take advantage of special powers to get past those. Getting everything done takes about 10-15 hours.

What is it - The third and final game in the new Tomb Raider trilogy, Shadow of the Tomb Raider picks up right after Rise of the Tomb Raider with Lara still in pursuit of Trinity. She tracks them to the Amazon jungle and a hidden city with many secrets. There are tombs to explore, ancient mysteries to solve and Trinity soldiers to defeat. Puzzle solving and exploration are more prominent this time around and combat is de-emphasized. You can customize Lara to suit your playstyle and craft gear to further assist your mission. Success means stopping Trinity's evil machinations and possibly preventing an apocalypse.

My thoughts - Shadow is considered the weakest of the new Tomb Raider trilogy, but it's still a good game and completes the story. Both of the previous games have been on PS+ so if you haven't started them yet I would recommend playing them in order. If you missed any they are always on sale for very cheap as well.

Trophies - The trophies for Shadow of the Tomb Raider are very similar to the previous games. You can get the platinum in a single playthrough but you need to play on the hardest difficulty. It is recommended to use your first playthrough to get all the non-difficulty related trophies for leveling, upgrades, collectibles, and challenges. There are few enemies in the game that do not respawn, so it is also recommended to get these out of the way as well. Then use new game+ to complete the game on the hardest difficulty. With multiple playthroughs it will take 30-40 hours for the platinum. The hardest difficulty is somewhat hard but you should have enough practice your second time through and get to start with all your gear and levels from previous runs. There are 7 DLC packs with trophies that may or may not come with the PS+ offer, Sony hasn't been clear on that. None of the DLC is any harder than the main game and add a couple hours each to get the 100%. 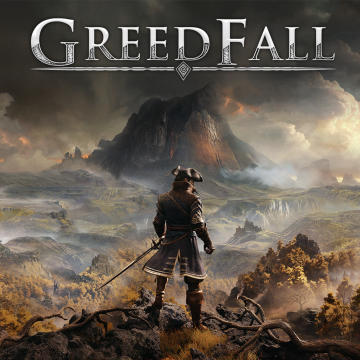 What is it - Greedfall is an action RPG taking place on a island paradise sought after by many different factions of settlers and colonizers. A mysterious illness has started to plague the land and there is a power struggle for control. Fantastic creatures and magical forces protect the island and it's up to you whether you support the locals or those who came seeking fortune. The missions you complete and decisions you make will influence the story and determine who becomes your ally or your enemy.

My thoughts - Greedfall is developed by Spiders and like most of their games it has a neat premise and looks cool in trailers. Unfortunately their games also never quite live up to the hype and tend to be buggy. The story is interesting and Greedfall is one of their better reviewed games so if you somehow don't have a massive backlog at this point give it a shot.

Trophies - The Greedfall platinum is on the longer end of the spectrum at 50+ hours and requires at least 2 playthroughs. There are romance related trophies requiring you to play the game with both genders. Multiple endings and story branches will require strategic saves or additional playthroughs. The majority of the trophies are based on missions, leveling and feats that you will get through normal play but you may want to use a guide when planning out your story paths. As always I recommend not using a guide the first time through in order to enjoy the game, but with proper planning it is possible to complete everything with a single playthrough and a couple hours of cleanup on a second one. The trophy for playing on the hardest difficulty isn't too bad and there is a duplication glitch that can help a lot.

Starting the new year off with a bang! PS5 games look to be the norm now even if Maneater was originally a PS4 one. It's not like there's a ton to select from right now anyway. It's a strong month with different styles of action games and no shooters! Having all Tomb Raider games now on PS+ is great and it's definitely a trilogy everyone should play. Maneater is a fun game and a great change of pace from the norm and Greedfall could be decent. Welcome to 2021 and let's have another great year.

100% Maneater on the PS4...looking forward to stacking it

Back to Gaming News